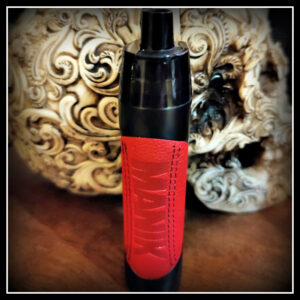 The Wotofo Manik, does it bring life to the pod party? Or just another late arrival?

Wotofo is a rebuildable DIY company that usually focuses on top shelf RDA’s, RTA’s, and RDTA’s. They were founded in 2012 and recently joined forces with SMOK. I reviewed the NexMesh Pro with its superb RBA deck recently and I must admit I’m a massive fan.

The Manik is Wotofo’s first entry into the pod mod market. It boasts an external battery, high power output, and some very flavoursome coils. 2020 has seen a huge influx of pod systems being released and Wotofo sent in the Manik for their representative into this bulging market.

Is it a case of a little too late? On first impressions, it’s a close call and it does have one questionable design issue, but by Jove, I think they’ve got it. It’s simple, easy to use and maintain, and while not ground-breaking it’s extremely easy on the eye.

The mod takes on a somewhat familiar look and immediately resembles several other pod systems on the market. It isn’t until you take a closer look that you start to see the differences.

Unlike the others, it’s a bit taller, a bit slimmer and has a solid zinc alloy body, no rubber or multi-frame design but it does have a grippy leather backing that’s threaded and stamped with the name Manik, and you know what, a splash of je ne sais quoi that has me reaching for this bad boy regularly.

So BFG…. This Manik? 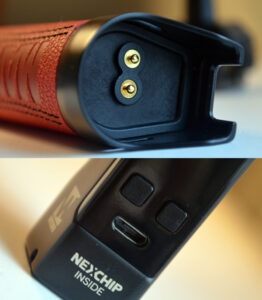 The mod section feels extremely lightweight without a 18650 battery but slip a battery inside and it takes on a solid and premium feeling weight in your hand. It’s not a heavy mod by any means, but there is a reassuring heft to it. The leather grip makes the Manik extremely tactile and comfortable. The edges around the top where the pod slips in feel a little sharp but the zinc alloy framework’s build quality is excellent, and I’d wager it would take some force to knock it out of shape.

The inside of the mod is waterproof, and, on either side, there are two sizeable airflow slots that coincide with the airflow entry at the base of the coils, and here dear reader comes my only real niggle. There’s no adjustment, no! I hear you gasp, but oh yes, I say. The gaping airflow makes for an airy vape, flavoursome, but airy. Especially when compared against a pull on my recent daily vape; the Geekvape Boost Plus.

If you like a restricted direct to lung hit, this may not be the pod you’re looking for…. (admit it you read that in an Alec Guinness voice …. didn’t you)

Going to the base a hinged door mechanism has been used, there are no issues with a little side play on it but nothing that makes it feel flimsy. When your battery is in, it feels solid, no rattles, and doesn’t make you feel like it’s going to spring open at the slightest touch. The mod is very tactile, but I’m pleased to say isn’t a fingerprint magnet, and the coating of the zinc alloy gives a very pleasant feel to the body.

The fire button is positioned comfortably even with my sausage fingers, and the menu buttons are a doddle. Use them in conjunction with the fire button to access the mod functions.

It’s fairly straight forward although I did find the colour change combination took a bit of practice, but hey my screen is now fabulous and I don’t care!

Above the menu buttons are the screen. The display is relatively bright but suffers in direct sunlight. The colour schemes being changeable is a nice touch allowing for a bit of matchy-matchy with the finish colours. A little unnecessary maybe but still if you have to have purple….

The wattage is nice and large and incorporates whether it is locked or unlocked (saved a few hissy fits I can tell you), and I did like that the battery is not only displayed as an icon but also a percentage. What I would have liked is losing the vape time or making it considerably smaller in order to increase the battery readings.

Finally, underneath the menu select buttons, there’s a micro-USB charging port. There’s no fast type C charging with the Wotofo Manik pod kit which may sway some from buying it but as it’s a removable 18650, so I’d always recommend getting an external charger anyway.

The pod really isn’t anything you haven’t seen before. Similar to Vaporesso’s Target PM80, it’s a 2 part pod with push in coil, and a top e-liquid fill port. It’s made from tinted PTCG shock-proof plastic, with a non-removable drip tip that’s built into the pod.

Wotofo has chosen to pop the fill port next to the drip tip hidden behind a nicely sealed silicone plug, which is very easy to get to, it does obstruct the bottle a little when you’re filling up though. If you use 100ml bottles this may be a bit of a problem, although I found no real issues using 50ml short fills.

Putting the pod back onto the device can also be a little tricky, you have to put the rounded end in first, angle it correctly and then push the clip side down until it clicks. Pushing the pod down hard can feel like you’re going to damage it, but there is no need to worry, it was designed this way, and works well. You’re not going to flick this pod off in a hurry!

This is where Wotofo shines. Their coils, as with the Nexmesh pro tank, there’s something to suit everyone. I have heard rumours that a rebuildable option may also be being planned. If its as good as the Nexmesh Pro Tanks rebuildable deck, then this little device may be the gamechanger that we’ve been waiting for in the pod market.

The pre-installed D15 is a single Clapton mesh coil, if you look closely, you’ll notice a bunch of small Clapton coils making up each row in the mesh. It’ll take a toll on your battery, as well as your e-liquid consumption, but it is worth it because this just pumps out the flavour, I found the cinnamon custard I used shone at the upper end of the wattage range. It gave a warm and lovely thick creamy vape.

The D14 coil is conical, meaning larger opening at the bottom, and smaller at the top, to push a denser flavour through it.

A great balance of excellent flavour, and great battery life. For use up to about 55 Watts, and best at around 35-45 Watts I’ve found.

Wotofo were also kind enough to send me another 2 types of coils to test. These aren’t included in the kit but are available to buy separately.

This coil is best suited those wanting extra flavour from their coils, it provides a slightly sharper less dull flavour, and is rated to 55 Watts, and best between 45-55 Watts. Fruits really shone with this.

The D13 is a Nexmesh coil and really pumps those clouds out using a lower wattage range. These coils are rated to 50 Watts, best wattage is between 37-45 Watts. 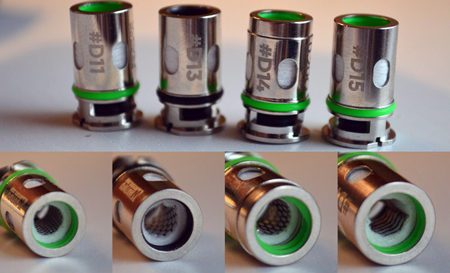 Another major selling point for the Manik isn’t just the amazing coils from Wotofo but the fact you can use other manufacturers coils in the pod. The pod is compatible with Vaporesso GTX coils & Voopoo PnP coils, so if you already own something that uses them it’s a great plus point. I tested the PnP VM6 coil and it was a little airy but gave great flavour, although because it is designed for a higher wattage the battery life did suffer.

It might not break any new ground in the looks department, but Wotofo’s first Pod Mod really is a solid device. They’ve taken the best ideas from the market and incorporated them into their own offering, wrapped in Wotofo’s excellent build quality and included a thoughtful range of options.

This device combined with Wotofo’s superb coil offerings is easy maths, you’re going to get a fantastic vape. With no way to adjust airflow, however, the Manik is built for those who like lightly restricted direct lung inhales around the 40-60-Watt range on a single 18650 battery.

There are a few small annoyances, but you get that with every device, my largest issues were around filling, being that the pods are quite darkly tinted, and filling can be a little awkward due to the fixed drip tip. A lighter tinted pod and a removable drip tip would make this virtually perfect.

Despite the slightly awkward filling, and the lack of AFC I’ve been using it as my daily banger for the last few weeks, and it has been nothing but a pleasure to use. It’s also got more than a few questions from fellow vapers.

Wotofo’s design and finish on the Manik, and its cross-manufacturer coil compatibility make it second to none from all the pod mods that I’ve tried, and I highly recommend it for anyone looking for a top-notch quality pod mod.

You can purchase the Manik Pod Mod by Wotofo direct from the Wotofo website or pick one up closer to home by using the VapeView search to compare prices in vape shops.

Today’s review was by BFG Hodson, you can catch him over on The Soul Ohm Blog.

He also co-hosts a live show and podcast over on the Soul Ohm reviews channel, one of which is on a Thursday evening at 7:30 pm and is well worth a watch!