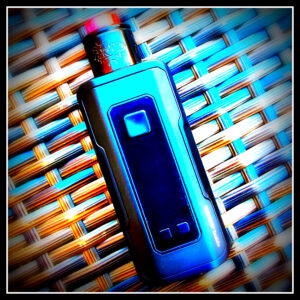 Another hardware review for you guys today from yours truly! Hope you all have been well and have started 2022 in the best sense!

Today, we are going to be looking at one of the latest additions to Wotofo’s hugely popular Profile series, the Profile Squonk Mod! This device was kindly supplied to me by Sourcemore.com for review purposes. In case you are not yet familiar with Sourcemore, they are one of the biggest vape retailers based out of China. They sell pretty much everything you could ever need for vaping, and they run crazy sales from time to time. Additionally, the code WPSM gets you a cheeky discount off this device at Sourcemore.com. So be sure to check them out for your vaping supplies!

Wotofo is a hugely popular manufacturer of vape devices. They have been around since 2012 and are one of the oldest mainstream vape companies in the industry. They have released many successful devices, including one of my go-to RDAs for flavour, the Profile RDA! In recent years, they seem to also be involved with or a part of Smok and OFRF; for example, the Nexmesh sub-ohm tank was released by both Wotofo and OFRF.

Let’s go straight to the device in question today: the Profile Squonk Mod. This is no ordinary squonk mod, my beauties. In fact, the biggest feature of this mod is the versatility it offers the vaper as a squonk mod or a regular box mod (running on single or dual cells). This device is another product from the very successful collaboration of Wotofo with Mr.JustRight1, who have masterminded the Profile RDAs (original, 1.5, PS) and other devices.

I must admit that when I first heard of this release, the first questions on my mind are 1) how exactly do you change from a squonk to a box mod, and 2) will this “swapping” be messy or safe, given that we are dealing with e-liquids (which, let’s face it, gets all over everything!)?

I shall tell you all about my experience in testing this device. And as always, I will be reviewing this mod as an average vaper, as most of us in the community are!

I was sent the retail version of the Wotofo Profile Squonk Mod, the packaging of which contained: 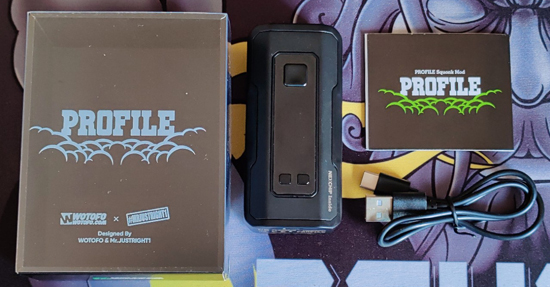 The box that I received was in keeping with Wotofo devices I have used in the past. A transparent sleeve houses the box where the mod lies on a tray, above the kit accessories. Branding is all over the box, as expected from Wotofo, with warnings and kit contents printed around it. No surprises here, just standard Wotofo packaging.

I did wish, though, that the kit came with other useful extras like an extra squonk bottle or something for the battery door (or maybe an extra battery door, but more on that later…). Don’t get me wrong, it does come with everything you’ll need to start using it apart from the batteries, but Wotofo could have made it even better with those extras I mentioned.

And Now, the Mod! 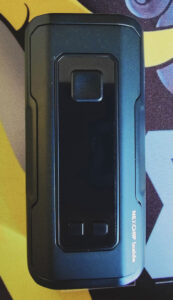 The Wotofo Profile Squonk Mod is made from zinc alloy (thus, lightweight), with the squonk bottle created with a food-grade PC. It comes in just 2 colours: black and gunmetal. This may be a con for some who may want a lighter coloured mod, but the colour I received was perfectly fine for me as it matches most of the atomisers I use.

It is on the tall side; I think primarily because it’s a squonker. Indeed, when used as a traditional box mod, it definitely stands tall against the dual 18650 mods of the last year. Dual 18650 mods are getting slimmer and slimmer, but moving on…

The front of the mod has the fire and adjustment buttons as well as the screen that displays battery life, power, ohm load, voltage, puffs, and duration of puff. Personally, I found the screen to be OK but could have been done better; the data could have been displayed using larger fonts with so much real estate that could be used!

The batteries and squonk bottle are installed in the rear of the mod. The USB-C port is at the bottom of the mod, and this is where I started scratching my head a little because Wotofo could have put the port anywhere else! There is so much space in front or on the sides of the mod to have had the port. As it stands, one cannot charge the mod upright which is a con for me, particularly because this is a squonk mod. My concerns are easily resolved though by ensuring the atomiser is removed from the mod when using the port. A little inconvenient, yes, but not insurmountable. 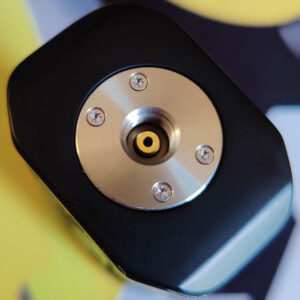 Overall, the mod is nicely designed and with the matte finish, is easy to clean and maintain. The battery door bears most of the branding in the usual large Wotofo fonts. However, the branding was done in a tasteful way that it sort of blends in with the rest of the mod- it doesn’t “scream” the brand at you. Well done for this, Wotofo and Mr JustRight1!

The battery door attaches to the mod via strong magnets. However, the bottom magnet appears to be much stronger than the top magnet. Not an issue for me though as the battery door was never at risk of falling off. It has a cutout to enable the user to conveniently access the squonk bottle. However, that means that this cut out is also there when the mod is not used for squonking, leaving the battery/ies a little exposed. I alluded to this earlier; I wish Wotofo had included a kind of snap-on insert or even a different battery door for when the mod isn’t used for squonking. I may be a little over the top here, but I like my batteries fully covered (apart from their wraps) when in use.

With the fire button and squonk cut-out where they are, it is still convenient and comfortable to use the mod in squonk mode one-handed; it just involves a little adjustment of the hand whether one fire with their thumb or index finger.

Operating the mod is very simple, being purely a power mod: 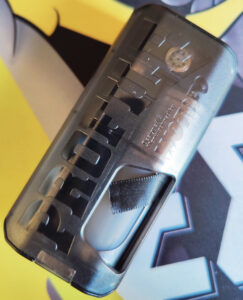 Before we move to performance, I do have one other thing to mention that may be important to some vapers (certainly was to me!). The mod has a ribbon to be used when uninstalling batteries or the squonk bottle. This is all well and good, but the problem is that it goes from left to right (if that makes sense), which means that in squonk mode, swapping out batteries means taking the squonk bottle out every time! And let’s face it, a 18650 battery will not last all day when squonking at 50W or so.

I am not sure if the ribbon was placed here intentionally but I feel that they could have done so much better if the ribbon was orientated in the opposite way, or if there were separate ribbons per compartment. This way, the squonk bottle doesn’t need to pop out as well when changing batteries. 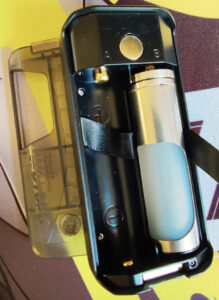 The only comment I have is that as compared to my other squonk mods, this one fills up the atomiser a little on the slow side. Again, not a huge problem but just something to bear in mind, to do more presses on the bottle to ensure the wicks are saturated enough.

As A Traditional Mod 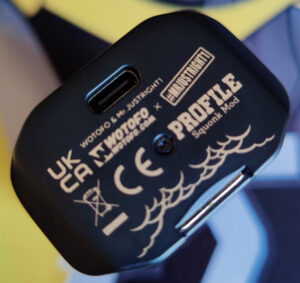 The mod was a joy to use as a typical box mod, especially in a dual 18650 configuration. It fires super quick with no delay and gives true to wattage power. Battery life is also managed well. Again, one comment from yours truly on this part is this: when swapping from squonking to dual 18650, make sure that you have dried the contacts/channels as much as you can to avoid any e-liquid getting into the battery compartment.

Saying that though, I didn’t experience any leaking myself, but that’s largely because I made sure to dry everything before inserting the 2nd 18650 cell. This is not a con in my book, just common sense given the nature of the mod. Swapping also wasn’t as messy as I initially thought, not at all!

For someone who wants the versatility offered by this mod, or those curious about squonking, I would highly recommend this mod. Yes, you heard me right, I am giving a Yay for this mod despite the feedback I have given in some parts of my review (which I hope Wotofo would consider). The reason for this is that although there is definite room for improvement, the device is mighty good for what it already is!

Of course, one must take into account all precautions when using this mod to get the most enjoyable experience out of it. But that’s no different from any other electronic device out there.

My sincerest thanks again to Joyi and Sourcemore.com for sending this mod for my review! Remember to check them out and use WPSM to get a 20% discount off the Wotofo Profile Squonk Mod! Links at the start of the review.